The patient’s feet are placed into the ionic foot spa with the array. The array generates ions which results in an electromagnetic field in the water. This electromagnetic field electrically recharges the protein cell walls throughout the body, allowing cellular toxins out and oxygen and nutrients in. Huge numbers of negative and positive ions are generated in the water which attracts toxic waste from within the body. These toxins are drawn through the pores of the feet by the process of osmosis. Osmosis is the process of a higher concentration of ions(in the water) drawing a lower concentration (in the body) through a membrane (the skin). The ions travel through the body at high speed and attach themselves to unwanted toxins which are then eliminated through the skin.

Excessive toxins have negative and unfavorable effects on the body, including:

How toxic are you?

Today humankind is battling high levels of toxins in the environment. We live in areas that have high levels of pollution. We are exposed to environmental toxins such as glyphosate, heavy metals, including aluminum, mercury and lead along with chemicals and smog on a daily basis. The foods that we eat are highly processed and contain additives such as glyphosate,  that are foreign to our bodies. The result of this is that we tend to store large quantities of toxins surrounded by fat. 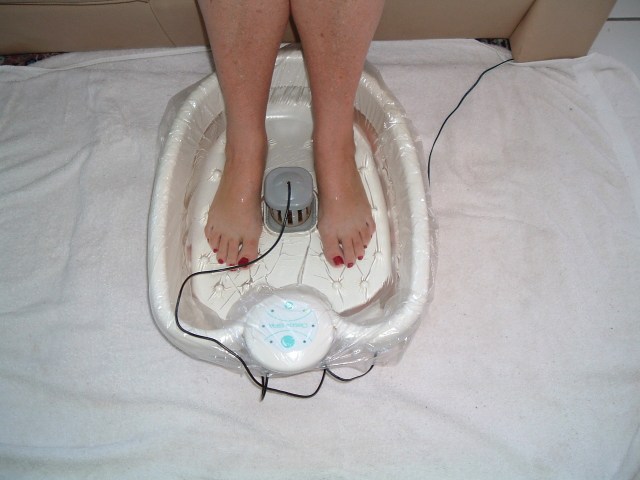 Foot spa at the start 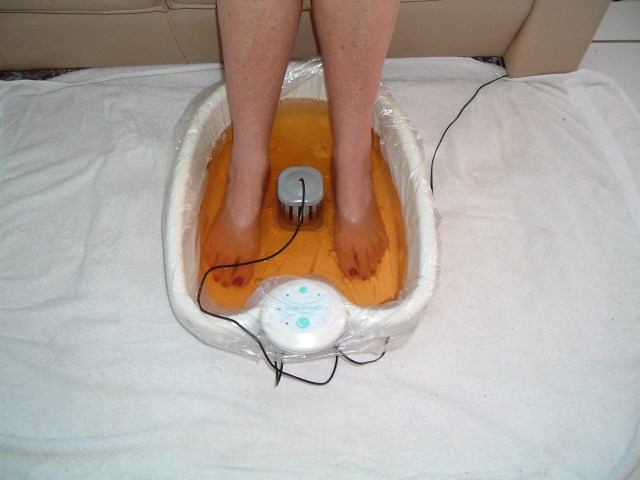 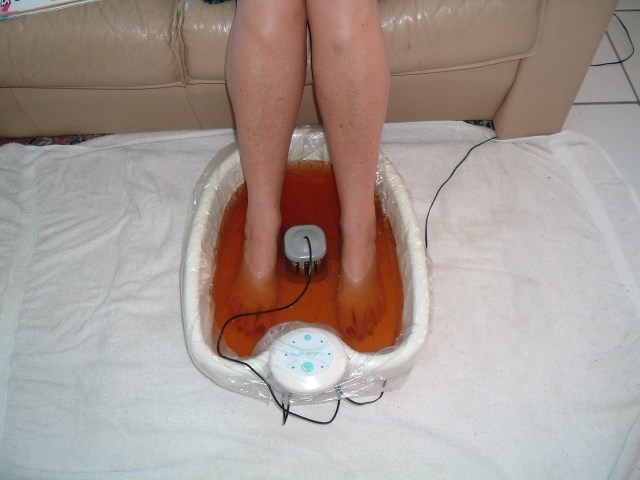 The ionic foot spa removes a lifetime of accumulated toxins such as heavy metals, acids and chemicals in a few sessions that would take months by other methods. As the toxins are drawn out so the water changes colour, starting out clear and progressively becoming darker in colour. Some of the colour is from the chemical reaction in the water with the rest being toxic removal. Although it is difficult to correlate which organ the color variations relate to it is believed that the following list is fairly accurate:

Particles that are floating in the water are from the array. What is left on top of the water and at the edges and bottom are chemical toxins that have been removed via osmosis.